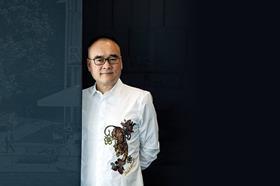 The head of Chinese developer ABP has shrugged off concerns over Brexit as “not a big thing for the Chinese”.

In an interview with Building, Xu Weiping (pictured), chairman of ABP – which is behind the £1.7bn transformation of Royal Albert Dock in east London – acknowledged Brexit was a “big thing for the British” but said: “Just be relaxed. It’s not a big thing for the Chinese.”

He added: “When the UK exits the EU it can showcase its real talents and strengths and become stronger […] “Chinese investors recognise that although the EU is a big alliance the development between EU countries varies a lot. Germany, France and the UK are very advanced, but some other countries in terms of economics and management are lagging behind.”

ABP entered the UK market in 2013 when it was awarded the Royal Albert Dock scheme by the then mayor of London, Boris Johnson, and Xu said the firm was here to stay, with plans for a second undisclosed east London project in the offing. Xu also did not rule out expanding into other parts of the UK.

In China, ABP is known for creating business centres on a large scale. One of its first projects, in south-west Beijing, comprises 400 office buildings, while it also has plans for a 160 million ft2 mixed-use scheme in Hangzhou Bay to the south-west of Shanghai.

In the UK, its 35-acre Royal Albert Dock development will start on site this month, with contractor Multiplex set to start building the £320m first phase of 20 office buildings. Multiplex is working under main contractor Chinese firm Citic Construction.

Xu anticipates Phase 2 will comprise 1.3 million ft2, made of up of 50% commercial and 50% residential space.

He said he expected to procure architects for the detailed designs for Phase 2 in the latter half of the year, with a view to being on site with this larger phase in the second half of next year.

He also said he expected ABP to go back to the market to procure a contractor for the second phase, but said “Multiplex is competitive”.