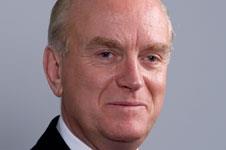 Chris Cole is to become chair of consultant WSP and give up his executive role, the firm has announced.

Cole was made executive chairman when the firm merged with Canadian consultant Genivar in August 2012.

Genivar president Pierre Shoiry will continue as head of the merged business.

The firm said the integration of the two businesses was “progressing as planned”. In April Genivar announced it was set to rebrand itself as WSP from 1 January 2014.