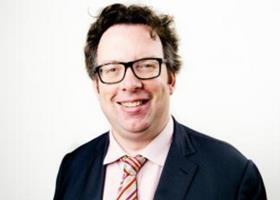 London’s former deputy mayor for housing, land and property is among a Conservative-heavy list of new board members at the Homes and Communities Agency.

Lister was appointed HCA chair in June last year. Until the previous month, he was London’s deputy mayor for policy and planning and chief of staff under Johnson.

Blakeway’s arrival at the HCA comes less than four months after construction firm Willmott Dixon made him a strategic adviser to its Willmott Residential offshoot, created to grow its new homes pipeline.

The HCA said Bell, who has previously been group chief risk officer and board director for Ulster Bank and Wellesley Group, would be chairing its Audit and Risk Assurance Committee.

Lister said the new board members had been appointed following a recruitment process that had been conducted in line with Office of the Commissioner for Public Appointments rules.

Earlier this month the Department for Communities and Local Government indicated it was planning to rebrand the HCA as “Homes England” and tweak its remit with more over-arching powers to unlock sites for housing.

Details in the Fixing Our Broken Housing Market white paper said the HCA would be taking a “more proactive” approach to compulsory-purchase and be tasked with directly commissioning the construction of new homes on public-sector land.