David Walker Architects’ proposals to redevelop a 1960s office building in the City of London with a much taller steel-and-glass structure have been approved. 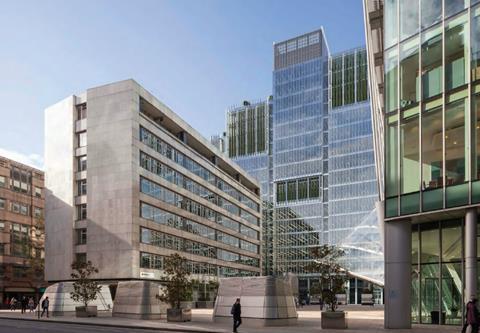 David Walker Architects’ proposals for the redevelopment of Tenter House in the City of London, seen from Ropemaker Street

It would be one block from the architect’s 112m The Heron, the largest residential tower built in the City for 30 years when it was completed in 2013.

At 88m in height, the new building would deliver 28,806sq m of floorspace – predominantly for office use, up from the current building’s 15,465sq m. The new structure would include six roof terraces and four internal winter gardens for the use of office occupiers.

The City of London said David Walker’s proposals had attracted opposition from some residents of the nearby Barbican Estate, who voiced concerns over the impact of the roof terraces earmarked for the new building, as well as loss of light from the taller structure.

But recommending the proposals for approval to members of the City’s planning and transportation committee, officers said the scale and massing of the new building corresponded to height of Wilkinson Eyre’s nearby 21 Moorfields building which was approved in February. 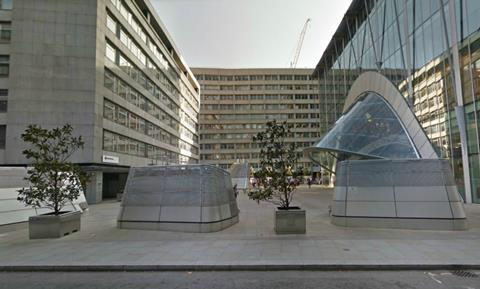 Tenter House, seen across City Point Plaza. The building is earmarked for demolition under proposals drawn up by David Walker Architects