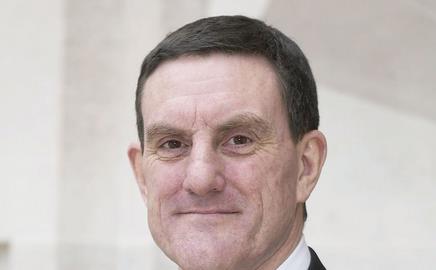 Peter Rees, the planning director of the City of London, has backed the Prince of Wales’ attack on the “random” spread of tall buildings in London.

Rees’ unexpected support follows a speech by Prince Charles last week in which he described a clutch of towers planned for the city as “a positive reaction of [carbuncles] that will disfigure and disinherit future generations of Londoners”.

While the prince claims not to be opposed to tall buildings, several key people and organisations have this week emerged in support of his view that their location should be better controlled. As well as Rees, Baroness Kay Andrews, a minister in the communities department, has backed Prince Charles’ position.

Rees, who has been in charge of planning in the City since 1987, said: ”My professional belief is that tall buildings should be clustered. If there are going to be random erections of tall buildings across London, such as along the South Bank and around Tottenham Court Road, then I share the prince’s concerns.”

Rees has long been seen as an advocate of tall buildings in the City and has argued that building skyscrapers is vital to ensure that London can compete with financial centres such as New York, Hong Kong or Tokyo.

Speaking at last week’s conference hosted by Prince Charles at St James’s Palace, Andrews said consultations were under way to strengthen the protection of the UK’s 27 world heritage sites.

She said: “We are already consulting on the first new measure to require local authorities to refer applications to the secretary of state where English Heritage has objected to any adverse effect on the world heritage site or its setting, and we will shortly be consulting on further measures.”

Cabe joined in the call for “a stronger 3D urban design strategy” to define where tall buildings could be considered, both in the City and many local centres. Diana Hiagh, a director at Allies and Morrison and Cabe’s director of architecture and design review, said: “The present London View Management Framework is a weak and leaky system that allows proposals for towers to spring up between ill-defined view corridors.”

Read Martin Spring’s views on the speech at www.building.co.uk/onlinecomment and comment yourself using the “what you think” link