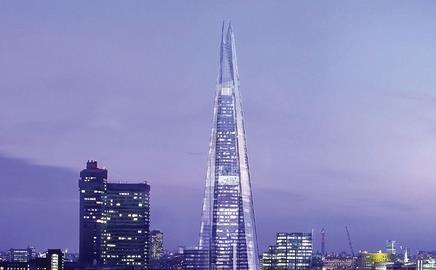 The group, which is carrying out enabling works on the Shard (pictured) and the Pinnacle towers in London, employs 492 people. It declined to reveal the extent of the proposed cuts, but if it follows the industry average of 10%, more than 50 people will lose their jobs.

Brendan Kerr, group managing director, said: “Keltbray is not immune from the turmoil in the financial markets and challenges remain, therefore we are looking at every section of the business to reduce overheads.”

John Keehan, the firm’s finance director, blamed a lack of smaller jobs for the redundancies. He said: “The main problem is the lack of medium-sized projects that are short duration and quick turnaround.”

Keehan said the reason profit had not risen more was owing to the investment made in new business sectors such as waste management and nuclear. He said: “We are also still taking on people for the rail and London Underground markets.”

The company is also looking to establish a piling operation, although Keehan said: “We’re not looking to compete with the likes of Keller but we would look to offer the service to complement what we do already.”

Kerr said: “We continue to further widen the foundation of our business both in terms of services and sectors, and remain optimistic our reputation for quality assurance will position us well when the economy eventually recovers.”

Turnover next year is likely to fall to near the £100m mark as a result of the recession but Kerr said the key indicator of performance over the next two years would be the maintenance of profit margins.