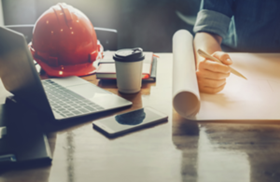 The Competition and Markets Authority has launched a probe into suspected anti-competitive arrangements in the construction sector.

The watchdog confirmed it had this week opened an investigation into the supply of construction services but did not specify which part of the industry it was looking into.

It said: "The CMA is investigating suspected anti-competitive arrangements in the supply of construction services in Great Britain which may infringe Chapter 1 of the Competition Act 1998."

Chapter 1 of the Competition Act prohibits any agreement or concerted practice which has the object or effect of preventing, restricting or distorting competition unless an exemption from the prohibition applies.

The CMA, which said it hoped to make a decision on whether to proceed with or close the investigation in September, said the case was at an early stage and it was too early to tell if there had been any infringement on the Competition Act.

It said: "The CMA has not reached a view as to whether there is sufficient evidence of an infringement of competition law for it to issue a statement of objections to any of the parties under investigation."

At the start of this month, the CMA slapped five fit-out firms with fines totalling more than £7m for breaking competition laws.

Fourfront, Loop, Coriolis, ThirdWay and Oakley, all admitted to breaking competition law at least once during the period of 2006-2017, in some cases on multiple occasions.

Each company admitted to participating in “cover bidding” in competitive tenders, colluding on the prices they would bid for contracts.

JLL, which owns fit-out firm Bluu Solutions, who was involved in 12 of the 14 instances of cover bidding and was the leader in seven, brought information about the case to the CMA’s attention and, in accordance with the CMA’s leniency programme, has therefore not received a fine.

Under the programme, Loop has also received a 25% discount to its fine for coming forward with information about its participation in the cartel behaviour.