Concern over plans to wind down BIM Task Group 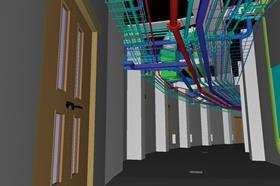 The government’s BIM Task Group will be wound down from the end of this year, prompting fears of a lack of central government support for public sector bodies adopting BIM level two ahead of the government’s 2016 deadline.

Mark Bew, chairman of the BIM Task Group, which is charged with ensuring all public sector projects are procured using BIM level two by 2016, confirmed the group will be wound down in 2015.

There will be a “managed handover” during 2015 from the BIM Task Group to a newly-created “legacy group”, which Bew said would ensure BIM level two adoption during the period.

Funding for central government oversight of BIM policy will remain unchanged until March 2016, Bew said, at which time funds are currently scheduled to stop and the private sector will be expected to take up its functions, including training and technical support.

The BIM Task Group may get a new lease of life if the government approves a bid, led by Bew, for adoption of a BIM level three target, with a decision expected this autumn.

However, industry experts expressed concern the BIM Task Group may be wound down.

Peter Trebilcock, director of BIM at Balfour Beatty, said: “The government’s [BIM] plan is in its infancy in terms of adoption and implementation […] Unless you have someone in central government with the resource to commit to this you’ll have fragmentation and inconsistency.”