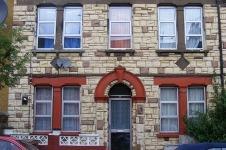 The heritage body warned that Britain's 9,300 conservation areas, or spots that local councils have designated as having a “special character or appearance”, are at risk of serious disrepair through “neglect, decay or damaging change”.

English Heritage has identified 727 at-risk areas, including Leicester and Derby city centres, Clapham Junction in London, and Thetford in Norfolk.

A survey by the body found that 83% of conservation areas were blighted by uPVC windows and plastic doors, 60% had poorly maintained roads and pavements and 45% were afflicted by “street clutter”.

Dr Simon Thurley, chief executive of English Heritage, said: “It is clear the problems fall into two main areas: what owners do to their properties and what councils do or fail to do to the streets, pavements, parks and public spaces.”

English Heritage has launched a campaign to get local authorities to work with the public to improve Britain's conservation areas.