Construction bracing itself for impact from Carillion collapse, says CPA

Trade body is forecasting flat growth this year, with commercial sector to be hit hardest 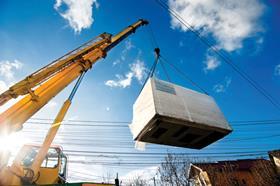 The construction industry is bracing itself, with the collapse of Carillion and falls in public housing repair work, despite urgent work needed following the Grenfell Tower fire last June, expected to hit hard in 2018.

This is according to the Construction Products Association’s (CPA’s) ‘Winter Forecast 2017’ report, which says that growth is expected to remain broadly flat at just 0.2% this year and rise 1.7% in 2019.

It reveals that infrastructure remains a bright spot for UK construction where any growth will be reliant on the government’s delivery of infrastructure projects and if realised, this would see a 6.3% rise in infrastructure work this year, rising to 11.1% in 2019.

But it says that concerns for the industry escalated following Carillion’s liquidation last month as the firm accounted for £850m of the sector’s projects. It added the hiatus on Carillion sites will play a critical role on growth, and it is too early to tell what impact this will have on the 25,000-30,000 firms in their supply chain.

The report said that following the Grenfell Tower fire, 160 social housing towers were deemed unsafe and in need of urgent work, but that the sector is suffering from a lack of finance available to local authorities and concerns on the capacity to deliver their work.

It predicts the sharpest decline this year being in the commercial sector, particularly in the offices sub-sector as a lack of clarity on the UK’s post-Brexit deal led to a steep fall in contract awards.

The CPA expects office construction to decline 15% this year and 10% in 2019, warning this could accelerate if firms choose to move operations out of the UK and into other EU member states.

Noble Francis, economics director at the CPA, said its forecast for this year will follow recent construction output and Markit/CIPS data that have already highlighted subdued activity, admitting 2018 is likely to be tough for the industry.

“We are forecasting construction output to remain broadly flat this year but this is before the full impacts of the liquidation of Carillion in January feed through the supply chain and government will need to take a key role in mitigating the effects as it has already done on the services part of Carillion.

“Infrastructure activity is still expected to grow by 6.3% this year if politicians are able to deliver on their many announcements of major projects and spending across roads, rail and energy. Government will also need to help councils with funding to address issues on social housing towers above 18 metres since the Grenfell tragedy.

“We expect offices construction to fall 15% this year as Brexit uncertainty means that international investors hold back on major new investment in high-profile space in the capital.”