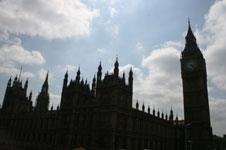 The former chair of the Advisory Conciliation and Arbitration Services group, Rita Donaghy has been appointed to lead the Department of Work and Pensions' inquiry into safety in the construction industry.

Secretary of State at the Department of Work and Pensions (DWP), James Purnell named the chair yesterday when he publicly announced the inquiry.

He said: “Nobody can find it acceptable that this number of people have died directly as a cause of their work and we are not making sufficient progress on preventing this total of human misery.”

Purnell added that he had appointed Donaghy to see what else could be done to reduce the “terrible toll” of construction fatalities.

The inquiry is to be formed of in three phases. A review of existing work will be undertaken to consolidate the understanding of fatal injuries in construction, focusing specifically on vulnerability.

This will be followed by an analysis into the causes before a report to Ministers and the HSE's board next year.

Rita Donaghy said: “I am keen to get started and work with the trade unions, the industry and the Health and Safety Executive to see what lessons we learn from the root causes of construction accidents so that we can improve the health and safety of construction workers”.

Independent peer reviewers with a detailed knowledge of the industry will also assist Donaghy in her role.

The inquiry has been warmly welcomed by the industry after HSE figures published in October showed 72 fatal injuries in the construction sector for 2007/08.

However Ucatt admitted having reservations over the choice of Donaghy because she “lacks a background in health and safety”.

“It is our members, ordinary construction workers, who are needlessly being killed and maimed on building sites,” said Alan Ritchie, General Secretary of Ucatt. “It is our duty to ensure that Rita Donaghy is fully up to speed with all the different factors which reduce safety in the construction industry.”

The union said it would be working closely with the chair.

Concerns have also been expressed by Ucatt over the HSE's influence on the inquiry, after they said the safety body attempted to “downgrade the inquiry's significance” just weeks after it was announced in July.

“There are some very powerful vested interests who do not wish this inquiry to succeed or simply to produce weak recommendations,” Ritchie added.

“We will ensure that the inquiry does not descend to that level. Rita Donaghy must be given sufficient support in order to be able to show genuine independence and strength of purpose.”

Ucatt has also highlighted the decline in inspections conducted by the HSE, with a 42% decrease in prohibition notices and 30% decrease in enforcement notices.