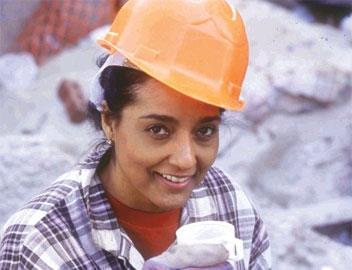 ConstructionSkills has failed to hit its targets for attracting female and ethnic minority trainees to the industry, despite spending more than £500,000 on a dedicated recruitment drive.

The figures were released as part of the training body’s 2007 annual report, which also revealed that Peter Lobban, its outgoing chief executive, was paid more than a quarter of a million pounds last year.

ConstructionSkills had aimed to sign up 463 trainees who were female or from an ethnic minority in 2007, but recruited only 299. This was a 22% drop from the previous year’s figure of 387.

The result is particularly disappointing because last year ConstructionSkills spent £500,000 on a project entitled “Women Into Work”, aimed at persuading more women to learn a trade.

ConstructionSkills also ran the Make Your Mark campaign, which was designed to attract under-represented groups. The cost of this was not detailed.

The report partially blames the low numbers on a lack of apprenticeship places provided by employers. It says: “The diverse recruitment result fell some way short of target. Finding sufficient placements for the pool of diverse applicants continues to prove challenging.”

The result fell some way short of target. Finding sufficient placements for the pool of diverse applicants continues to prove challenging

However, ConstructionSkills has paid back the same amount in grants and direct employer support for the first time. Together with third-party contributions, advertising campaigns and research, ConstructionSkills says it provided the industry with £2.03 worth of services for every £1 of levy paid.

The news comes as John Hutton, the business secretary, refused to confirm to parliament that the levy will stay in place. When asked by Conservative MP Henry Bellingham to pledge that the levy system would be retained, Hutton said it was a “very tough question”.

Support for the levy within the construction industry has waned over recent years.

Figures were also released showing how much contractors receive in grants from the training body, a good indication of how much training each is giving its employees.

Carillion topped the list with £6.3m in 2007, although this was significantly higher than others because it manages its own training agency for apprentices.

See also 'Learn as you go'