Consultants call for action on 'unjust' treatment of firms in UAE 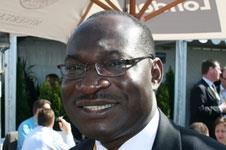 The Association for Consultancy and Engineering has called for the UK government to help British construction firms in the UAE who have not been paid or are having their fees slashed.

In a strongly-worded statement Nelson Ogunshakin, the ACE chief executive, called for the government to try to broker a deal between clients in the UAE and British firms. He said: “While we welcome the recent £13bn bailout of developers like Nakheel from the Dubai and Abu Dhabi authorities, there remain a number of serious concerns, namely a staggering amount of unpaid fees, which our soundings indicate are about £400m rather than the figure of £200m that has been originally projected by some in the industry. There is also a growing sense of mistrust in the UAE, and it looks set to worsen through episodes like this.”

The ACE has written to Lord Mandelson, the business secretary, as well as to UK Trade & Investment and the Department for Business, Enterprise and Regulatory Reform (BERR) to seek official backing and to call for action to remedy the situation. It said in a statement: “The ACE’s soundings suggest that consultants are being forced to accept fee cuts of up to 35% in some cases, with unpaid invoices for completed projects becoming increasingly commonplace.”

Ogunshakin said: “We know that firms are being made to comply with an unfair negotiation strategy and that in many cases their contracts are effectively being torn up. Added to that, it seems that clients are asking firms to waive their right to legal action to recover fees – a situation which is unjust and cannot be allowed to continue.”

He alleged that clients were taking advantage of the current economic situation “and doing so at the expense of consultants and other construction professionals, many of whom work for UK and global firms. It is totally unacceptable.”