Three quarters of consultants predict skills shortages over the next year 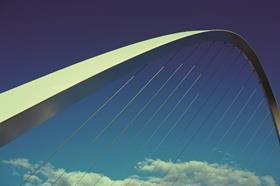 Almost three quarters of consultants predict skills shortages over the next year, amid growing signs the consultancy recruitment market is heating up, according to Building’s 2014 Consultants’ Salary Survey.

The survey found 68% of consultants expect skills shortages over the next 12 months, while 72% expect a shortage of experienced candidates to fill vacancies. It also found 56% forecast salary rises and 58% predict a growth in headcount at their firm.

Meanwhile employees are restless - 57% say they don’t expect career progression at their current firm and 45% expect to move this year, with a further 20% expecting to move within two years.

The survey found salaries across the surveying, engineering and architecture professions modestly increased for a second consecutive year, up 1.96% on average in March on the previous year.