The government and HS2 have launched a consultation process over changes to phase 2b of the £100bn project. The aim is to alter the design of the western leg of HS2 north of the Midlands and to improve integration with the proposed Northern Powerhouse Rail network. 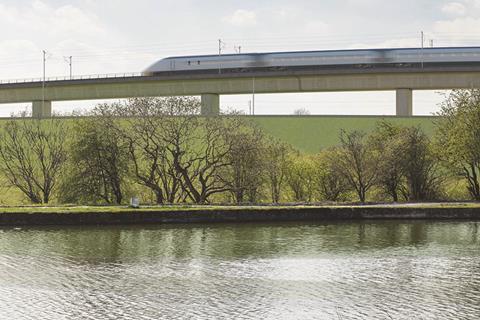 The consultation is recommending refinements in four key areas including provisions for the Crewe North Hub, as well as additional platforms and other changes to HS2 plans at Manchester Airport and Manchester Piccadilly stations.

These proposals are based on design development, ongoing engagement and future integration both with Northern Powerhouse Rail and other transport projects.

The consultation asks for views, based on the information included in the consultation documents below. Responses will be independently analysed and reported, and then considered by transport secretary Grant Shapps, who will decide whether to adopt the proposed changes.

The government is planning to present an integrated rail plan for the North and Midlands by the end of the year.

It will be informed by an assessment from the National Infrastructure Commission, which will look at how to deliver HS2 phase 2b, Northern Powerhouse Rail, Midlands Rail Hub and other programmes better and more effectively.

The consultation closes at 11.45pm on 11 December.

Summary of each of the proposed design refinements