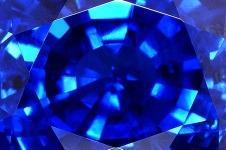 An East Midlands building contractor faces collapse after a probe into the value of a £7.5m sapphire that company bosses used to convince bankers of its creditworthiness.

Peter Rank & Sons, a £23m-turnover Nottingham firm, has held the gemstone as an asset on its balance sheet for the last six months of its 26-year history but doubts were raised over its value last month following a tip-off to police by a sub-contractor.

In a case that bears striking similarities with Wrekin Construction, the Shropshire firm that collapsed in June amid doubts about the value of an £11m ruby that was swapped for equity when it was bought in 2007, Rank & Sons faces ruin unless it can prove its valuation of the so-called Star of Botswana is genuine within a fortnight. It was provided by jeweller James Rank, the brother of the building firm’s managing director Peter Rank.

A source close to the situation said: “You couldn’t make this up. The company’s banks are kicking themselves that they didn’t see this coming, especially after the Wrekin case. What you will see now is a lot more banks looking a lot more closely at building companies that use precious stones to raise debt.”

The sub-contractor who tipped off police declined to be named but said his suspicions were aroused last month when Peter Rank appeared on site in a full-length beaver fur coat, Cartier diamond-studded sunglasses, spats and a cane. “He was flashing it about. This time last year he rolled up in a white van with his arse was hanging out of his jeans.”

A source at the bank said: “On the 14 occasions we contacted Mr Rank and his brother about obtaining an independent valuation we were told they were a bit busy and couldn’t come to the phone right now. We have no reason to believe they were lying.”