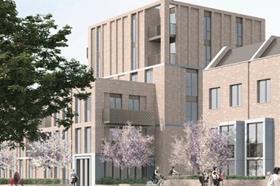 The housing association awarded eight firms spots on all six lots of the framework, which is expected to be worth between £500m and £900m over the four years.

Galliford Try Partnerships, Durkan, Engie Regeneration, Henry Construction, Hill Partnerships, Midgard, Rydon and United Living South landed spots on each of the three value bands for both inside and outside London.

The three value bands are jobs worth less than £12m, jobs worth between £12m and £30m and projects with a value of more than £30m.

The housing association said the framework could be used to deliver up to 800 homes a year across London and the South East.

This will include the provision of affordable rented accommodation, low cost home ownerships, properties for private sale, mixed tenure schemes and some major refurbishment and regeneration works.

Last month Catalyst, alongside eight other housing associations, was chosen by London mayor Sadiq Khan to be a strategic partner to deliver his affordable housing programme.

As part of the strategic partnerships, Khan awards housing associations flexible funding conditions as part of an agreement to deliver at least 60% of new homes as affordable housing.

The housing association, which is currently developing an 80-home scheme on the site of the former Coppetts Wood Hospital (pictured) in Haringey, north London, said it had been given £22.3m to deliver 455 affordable homes in the capital.