'Contractors will be paid on time' says Dubai Metro client 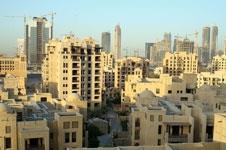 The Dubai Roads & Transport Authority (RTA) has said it will pay the contractors building the emirate’s metro on time and denied that any work had stopped on the project.

The RTA said in a statement today: “[We confirm] that Dubai Rail Link (DURL) Consortium is continuing with the construction works of Dubai Metro project according to the planned schedule, and work is progressing normally at various sites in both the Red & Green Lines to finalize the remaining works of the project […]

"RTA also reiterates its contractual commitments to the flow of payments in accordance with the progress of work made in the project.”

Yesterday the consortium building the metro was understood to have slowed down the pace of work and to be prepared to suspend all work due to a payment dispute.

The group, comprising four Japanese contractors and one Turkish firm: Obayashi, Mitsubishi Heavy Industries, Mitsubishi and Kajima, is owed $10bn (£6.27bn) for its work on the metro.