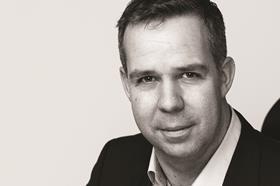 Core Five - which was founded by five former Davis Langdon directors in May 2012 - has recruited Davis Langdon’s former head of private residential Joseph Blythe and Gavin Travica, who was a director in Davis Langdon’s corporate real estate team.

Aecom formally ended the Davis Langdon brand this month, after it took over the firm in 2010.

Cook said: “We are delighted to welcome Joseph, Gavin and Alan to our growing team. As proven market leaders in their respective sectors, they further reinforce the strength of offer to our clients. They will also add to our strong track record and experience base in the prime residential, corporate fit-out and commercial markets.”

An Aecom spokesperson thanked the trio “for their years of hard work.”

Aecom also announced in July David Thornley returned to London from the Middle East to head up AECOM’s corporate solutions team. He was previously Davis Langdon’s commercial lead for the Middle East.

Aecom has won a four-year contract to produce construction price and cost indicies (PCI) for the UK government. The first set of PCIs was published last month and showed construction prices in the second quarter of this year were up 0.8% on the previous quarter and up 2.9% on the previous year.It also predicted cost and price increases. Aecom’s consulting group was awarded the contract by the Department for Business, Innovation and Skills.