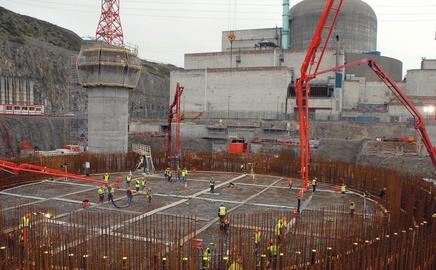 Costain is in talks over joining a nuclear super consortium made up of EDF, Areva and Amec to bid for work on a fresh generation of power stations.

Many construction firms are gearing up to bid for nuclear work, but the Areva consortium is the first alliance to form. It is hoping to work on four power stations.

The government was expected to confirm its commitment to a construction programme in a Commons session on Thursday, after Building went to press.

Paul Campbell, Costain’s nuclear sector director, said: “We are in discussions with EDF and the vendors of the nuclear plants.” He added that it was looking at securing work on the construction side.

Costain is undertaking decommissioning work on nuclear power stations in the UK. It is also involved in demolition, refurbishment and new-build nuclear projects abroad.

Turner & Townsend has also confirmed that it has had preliminary talks with the utility companies. Bob Hewitt, a director of T&T, said: “We are engaging with the industry and making it aware of our knowledge and strengths.” The firm is interested in joining a consortium to cover programme management, project control and cost consultancy services.

Halcrow is also speaking to energy firms. Colin Robertson, nuclear executive director at Halcrow, said: “There is no firm decision but we will be involved in one way or another. We are watching the market very closely”.

Vincent de Rivaz, EDF’s chief executive, has made clear his ambition to build four nuclear plants in the UK. The company’s nuclear construction project in Flamanville, northwest France, will be used as a model for UK plans. It will have a 60-year life and minimise radioactive waste.

Construction on nuclear sites is unlikely to start for five years, according to Alistair Smith, director of nuclear services at Parsons Brinckerhoff.

20% the amount of Britain’s energy supply currently provided by nuclear power
40% the minimum amount of energy the British government wants from the new plants
£37.5 per megawatt hour: the expected average cost of electricity from the first new nuclear plant
£2-3bn the estimated cost of each new plant
2035 the date the last of Britain’s existing nuclear plants is scheduled to close
2017 the date by which energy companies say the first new plant could be up and running
1,000 the number of new graduates needed over the next 15 years for the decommissioning of ageing reactors
1% the amount the handling of waste and decommissioning of new generation reactors is expected to add to the cost of power produced

For more on the nuclear market go to www.building.co.uk/breakingnews