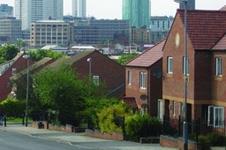 The £377m programme, which covers 47 local councils, is expected to generate 5,000 jobs in the construction industry.

To help fund the new programme, central government will add £127m to the £250m provided by local authorities, as part of the prime minister's £1.5bn housing pledge made in June.

However, a report released by the Audit Commission released today criticises councils for focusing on new build rather than improving their existing housing stock.

Kerslake: "Local authority new build is another important stimulus to the housing market"

It says councils feel pressured into new build, with 94% of areas prioritising new-build and/or affordable housing targets in their local area agreements while less than one-third prioritised targets on existing housing stock.

Construction of the first homes in the new council housebuilding programme will begin before the end of the year, with a second wave of projects to be announced in the autumn.

Sir Bob Kerslake, chief executive of the Homes & Communities Agency, said of the programme: “Local authority new build is another important stimulus to the housing market, empowering councils and allowing them to call the shots when it comes to local housing needs."