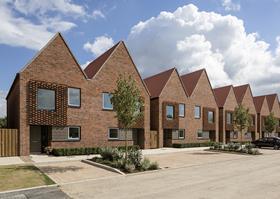 Housebuilder Countryside has appointed David Howell as its non-executive chairman and announced that Ian Sutcliffe has become its group chief executive officer.

Richard Cherry was deputy chairman chairman and head of division of the group’s partnerships business.

Sutcliffe said he was “delighted” to be leading the group through the next stage in its development.

“Countryside is in a fantastic position,” he said.

“We enter the New Year with a record order book, robust trading and a strongly positioned land bank, which gives us confidence in the continued growth of the business.”

Today’s announcement follows two non-executive appointments at the start of the current financial year, which saw with Baroness Sally Morgan and Amanda Burton joining the Group in October 2014.