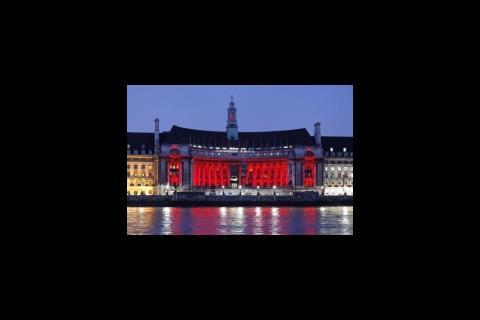 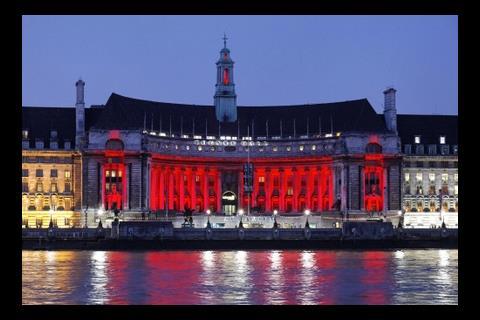 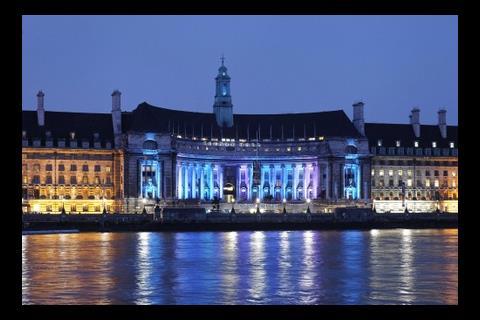 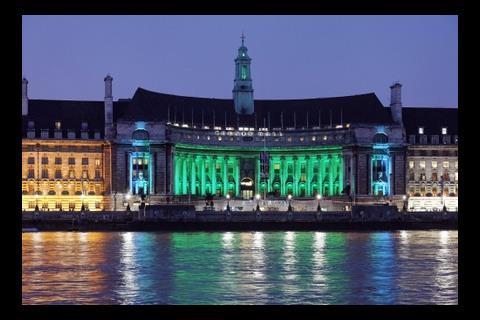 A ground-breaking LED system has been installed to light up London's County Hall. The six-storey Edwardian baroque facade is being illuminated with 16 LED architectural floodlights, the first of which are powerful enough to illuminate large-scale structures.

The ColorReach Powercore fittings from Philips offer over 5,000 lumens and can project light over a distance of 175m.

The units are positioned at intervals between the columns to enhance the broad sweep of the crescent-shaped entrance of the building, while four modules are spaced along the facade itself.

In effect, each 290W module replaces a 600 W conventional fitting, saving over 50% in energy.