A team led by Mace has pulled off a coup after winning the scheme to build the main HS2 station in Birmingham at Curzon Street, meaning the firm is building both the start and finish stations on the first section of the route.

Curzon Street is arguably the most high-profile of all the stations on the first phase, given its location in the middle of the city as well as being at the centre of the HS2 network. Unlike Euston, also being built by the Mace Dragados team, in London, it will largely be overground. 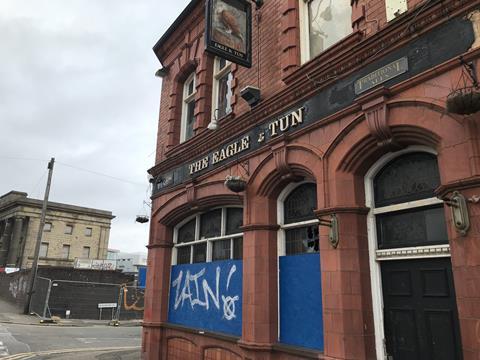 The Mace team was on the three-strong shortlist for the £570m Curzon Street deal along with Laing O’Rourke and Bam Ferrovial, a joint venture between Bam’s civils arm, Bam Nuttall, and Spanish contractor Ferrovial. That team also missed out on the Euston deal.

O’Rourke had been tipped as an early favourite for the job after the Euston job, worth £1.5bn and which O’Rourke pulled out of saying it was too risky, went to the Mace team.

Last year, O’Rourke’s then finance director Stewart McIntyre told Building it “could not get comfortable on our risk assessments” for the Euston job.

A Laing O’Rourke/Murphy team has been carrying out enabling works on the northern section of the first phase of the route between London and Birmingham and helped clear the site at Curzon Street.

In summer 2019, HS2 was forced to scrap the process to find a contractor to build Curzon Street because not enough firms were prepared to shoulder the risk to build it. It promised a “revised strategy” for the scheme, under which less risk will be handed to the station’s design and build contractor.

The station, which is a 10-minute walk from the Mace-revamped New Street station, is expected to be a catalyst for the revamp of the rundown Digbeth area of the city.

The wider Curzon Street job will also include incorporating the surviving grade I-listed entrance building to the original station, which was closed to passengers at the end of the nineteenth century but remained open for goods trains until 1966.

Designed by WSP and Grimshaw Architects, the scheme was given planning last spring. 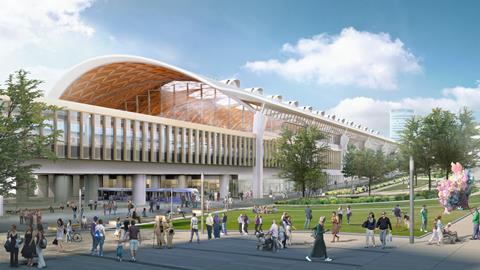 How the new station will look when finished