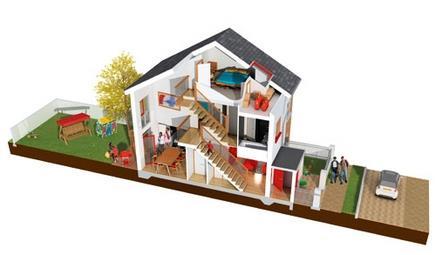 The Construction Products Association (CPA) is challenging the government to demonstrate its eco credentials by supplying cheap land for 5,000 low and zero-carbon homes a year.

The association’s response to the government’s Code for Sustainable Homes, which it is currently putting together, will recommend a dramatic increase in the amount of land English Partnerships (EP) supplies for sustainable housing projects.

John Tebbit, the CPA’s industry affairs director, said EP’s initiatives, such as the £60,000 house competition, tended to focus on larger developers and sites.

He said it was important to show how the tough new environmental standards could be met on smaller sites, which house half of all new homes.

He said: “Rather than one-off competitions for zero-carbon homes, we need 5,000 homes being built out at code levels four, five and six so that we really understand what needs to be done.”

Tebbit acknowledged that providing the sites for less than market value would test the government’s commitment to tackling what ministers have recently described as the most fundamental threat facing the UK. “If they are not prepared to find money for what they say is the most fundamental threat, you have to ask whether they are serious,” he said.

If they can’t find the money, you have to ask whether they
are serious

Roger Humber, strategic policy adviser at the House Builders Alliance, welcomed the CPA’s recognition of the problems faced by the industry’s minnows. The body has raised concerns that smaller residential developers are being squeezed out in the rush to adopt higher eco-standards.

The HBA also says, in its new programme for reducing the housing sector’s carbon output, that the government will meet its reduction targets more effectively by cutting emissions from existing homes.

It proposes that housebuilders should be able to pay a carbon offset levy to councils which can be used to fund local energy conservation schemes.

It also urges the government to increase pressure on energy companies to generate energy more efficiently.