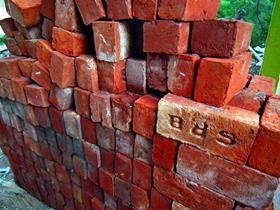 Builders’ merchants and manufacturers can overcome supply problems that have arisen as a result of the upturn in the housing market, according to a survey by the Construction Products Association (CPA).

Housebuilders including Redrow, Galliford Try and Crest Nicholson have complained in recent weeks of shortages in materials needed to build homes to meet the spike in demand fuelled by the upturn in the housing market.

But a CPA survey, shared with Building this week, found that builders’ merchants said they were increasing imports from Europe to meet short-term supply shortfalls and had been reassured by domestic suppliers they would increase manufacturing capacity to meet demand in the longer term.

Manufacturers - including Hanson, Cemex, Kingspan and Lafarge - said there was enough manufacturing capacity in the UK to cope with market expansion of all materials.

For instance, despite the market recovery, manufacturers expect the 2013 market to be some 900 million bricks smaller than in 2007 and estimate there is around 500 million spare production capacity.

The survey of builders’ merchants - including Travis Perkins, Wolseley and members of the Builders Merchants Federation - found current supply shortages of only one product, aircrete blocks, and merchants said this was “short term”. The survey also found longer lead times on bricks, concrete, civil products and drainage, but found these products were not in short supply.

The survey also found longer lead times on bricks, concrete, civil products and drainage, but found these products are not in short supply.

Manufacturers said they were bringing mothballed production facilities back on stream to meet demand, but warned further investment could be hampered by political uncertainty around initiatives like Help to Buy, HS2 and the government’s energy strategy, as well as rising energy costs.

Merchants increased imports from Europe – brick and concrete imports in quarter two were up 35% and 26% respectively – to meet supply shortfalls.