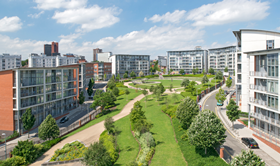 Crest Nicholson has warned that margins this year will at the bottom end of its forecasts.

In a trading update, the housebuilder said operating margins for the year will be 18% which it said was at the lower end of its 18-20% range.

In January, it reported operating margins of 20.3% for 2017 and Cenkos analyst Kevin Cammack said the revised figure for 2018 was down on the 19% predicted earlier this year.

He added: “Crest’s pre-interim close [statement] will be infamous for one reason alone – the revised guidance on margins. Moreover, it is flagging a similar level for Fy19.”

In a trading update ahead of its interim results for the six months to the end of April, the firm blamed a 3-4% increase in building costs and “the experience of generally flat pricing”.

The firm will unveil its half year results on 12 June.

Yesterday, Taylor Wimpey said it planned to maintain margins at 21-22% over the next five years and announced a special dividend for 2019 of £350m taking dividends next year to £600m.