Sir Terry Morgan will take over as chair in August 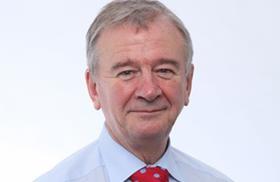 HS2 has nabbed the chair of Crossrail to become its next chairman.

He will take over from Sir David Higgins on 1 August.

Morgan (pictured) has been the chair of Crossrail since 2009 and was formerly chief executive of tube lines, a public-private partnership company that was contracted to maintain and upgrade the infrastructure of the Jubilee, Northern and Piccadilly lines.

He has also held leading roles at BAE Systems, Rover Group and the Chartered Management Institute.

Grayling also confirmed Ed Smith, who was previously the chair of NHS Improvement, has been appointed to HS2 as a non-executive director.