Crossrail on course to bust another opening deadline

Crossrail faces missing another opening deadline after its boss admitted this morning that trial running trains through the critical section of the railway has been delayed even further.

The job, which was supposed to open at the end of December last year, was earlier this year given a revised opening schedule of between next October and March 2021.

But it can only open when trains can be run safely through the central London tunnels section, a testing process which is expected to take between nine and 12 months.

This had been due to begin next February but was pushed out to the summer and now Crossrail chief executive Mark Wild (pictured at this morning's hearing) has raised the possibility it might not start until next October. 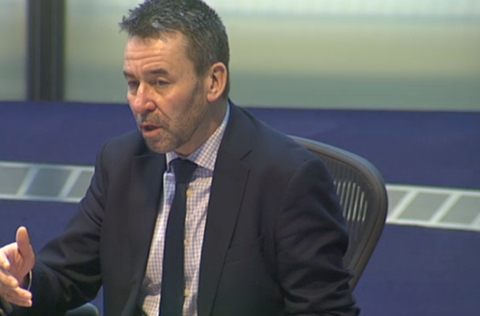 Given the length of time it takes to complete the testing, the route might now not open until autumn 2021 – nearly three years late.

Addressing Wild, London Assembly transport committee deputy chair Caroline Pidgeon said: “Previously you've told me it would take nine to 12 months from that start of trial testing before it can open, so you are realistically looking at the end of 2021 before you can open that bit of the railway."

>> Explainer: How the Crossrail delay has unfolded
>> Also read: Crossrail team had no idea it would miss station handover just hours before deadline

Wild said: "From the start of trial running, the conventional wisdom is nine to 12 months to shake it down. It's an enormously complicated system and we will find issues.

"The reason we might be able to mitigate that and reduce that period is if we get good quality software in February, March, we could start shaking the system down earlier than the defined start of the trial running."

Wild and his chairman Tony Meggs told the London Assembly’s transport committee the railway would open in 2021 but declined to say when. Crossrail is due to give an update on the timetable early next year.

The previous management had expected trial running to take no more than 10 weeks but Wild later revised this up to 12 months.

Wild and Meggs, who have each been in post for a year, have previously described the scheme they inherited as a “shambles”.

A former chair of the committee, Pidgeon was running this morning’s hearing after its previous chair, Florence Eshalomi, was elected as Labour MP to the London seat of Vauxhall last week replacing party veteran Kate Hoey who stood down.