The team in charge of completing Custom House station had no idea it was going to miss its handover deadline just hours before it was scheduled to happen, a report has discovered.

The east London station (pictured) was scheduled to be the first to be handed over where Crossrail Ltd was the client.

But Crossrail’s plan was scuppered in October when handover was delayed by a faulty fire alarm control panel after it was discovered that it did not meet the standards required for a railway. 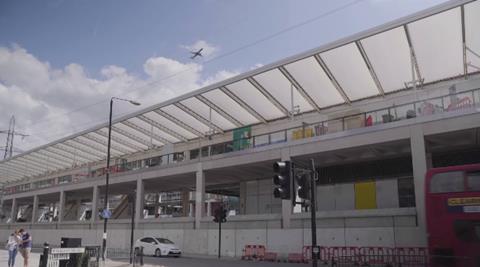 The station, built by Laing O’Rourke and designed by Allies and Morrison, had been due to be handed over to Rail for London, the group responsible for all Crossrail stations not part of the London Underground network.

Now a report by Jacobs, the US engineer which has been asked to keep tabs on the project by sponsors Transport for London and the Department for Transport, said the Custom House team had no idea it was about to miss its deadline.

Jacobs said: "The team was not aware it would not be possible to achieve the milestone, even though there were only hours remaining.

"The handover milestone slipped by over one month […] only 72 hours before the milestone was due."

>> Also read: Lift and software firms among eight ‘most critical’ for getting Crossrail finished

Jacobs said the "team’s philosophy of keeping pressure on, even while up against seemingly impossible challenges" significantly increased the risk it would bust its deadline.

The US engineer compared the problems at Custom House with the project at Liverpool Street, also being built by Laing O’Rourke, claiming they would have been picked up earlier because of that project team’s "forward-looking approach" on that job.

Crossrail said it had made several changes since Custom House missed its deadline, including removing a self-verification approach from project teams.