Paul Grammer, listed as employee in 2019 report and accounts, went in April 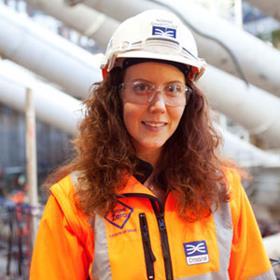 Crossrail has confirmed that its commercial director Paul Grammer has left the firm – despite being listed in TfL’s draft annual report as a current employee.

He joined the business after leaving Laing O’Rourke in October 2014 where he was that firm’s European commercial director.

A Crossrail spokesperson said Grammer left his role last December but did not formally leave the business until the end of April this year – meaning he has been listed as an employee in TfL’s latest accounts for Crossrail.

He has since been replaced by Nisrine Chartouny as head of commercial.

Chartouny (pictured) works for Bechtel and was Crossrail’s project manager its work at Farringdon.

According to documents filed at Companies House, Grammer set up a QS business, Paul Grammer Ltd, at the beginning of the year.