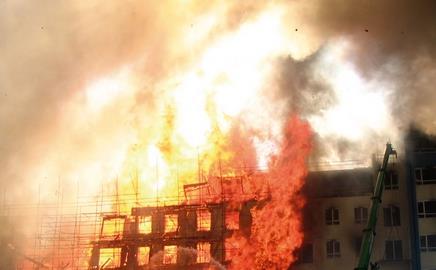 Fresh concern about the use of timber-frame construction arose after it emerged that residents were evacuated from a scheme in Croydon over fire safety fears in January 2006.

A High Court writ reveals that tenants of 25 flats were evacuated and will not be able to return to the properties until August this year.

Building control officers ordered the evacuation after it was discovered that the scheme did not contain adequate cavity barriers. Without these, fire can spread rapidly in a multistorey building.

This is a further blow to advocated of timber frame, after three buildings under construction recently burned down.

A report by fire agencies into the worst incident, a blaze at a St George development in Colindale, north London, last July, questioned whether timber frame should be used for high-rise buildings.

L&Q would not comment on the legal proceedings, but this week a spokesperson said the problems at Croydon had raised issues over its use of timber frame.

In addition to problems with fire safety, L&Q alleges that not enough allowance was made by Baker & Davies for timber-frame shrinkage.

Pelling issued the following statement: “Pellings does not accept that it has acted negligently or in breach of contract, and is prepared to defend all allegations.