Croydon to oust directors from Brick By Brick board

Croydon council is set to remove the chief executive and chair of its wholly owned housing company, Brick By Brick, from the board of the firm in response to a highly critical independent review of the business.

The council is set to appoint two experienced local authority finance directors in their place to oversee the review of the business, after a council-commissioned PwC review of the firm found it required “substantially improved financial oversight”, with no qualified financial director on the board. 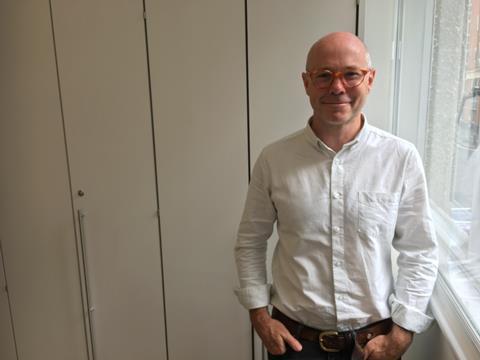 Building sister title Housing Today understands Brick By Brick chief executive Colm Lacey (pictured) will continue in his role running the operations of the business despite losing his board directorship of the firm, while chair Martyn Evans, an executive at developer U+I, is to leave the business.

According to council papers filed ahead of a cabinet meeting today, both are set to lose their directorships with “immediate effect”, if the plans are approved.

The news comes after the size of loans to the firm were singled out by auditor Grant Thornton as a major contributory factor to the financial crisis facing Croydon, which effectively declared itself bankrupt earlier this month.

The leader and chief executive of the crisis-hit south London council have both themselves stepped down in recent weeks, with the government launching a “rapid review” of the borough.

The changes to Brick By Brick – which Croydon is able to make as sole shareholder of the business – will see the appointment to the board of Duncan Whitfield, the strategic director of finance at Southwark council and an advisor to Croydon in recent months, and Ian O’Donnell, a former finance director at various London boroughs who has been acting as a consultant to Croydon since May.

The moves come as a quick-fire PwC review of the business was published ahead of the cabinet meeting. It said Brick By Brick’s governance required “significant strengthening at board level” and that its “delays in bringing new homes to the market has put the Council at serious financial risk”.

PwC’s report found that the firm did not have management accounts, forecast financial performance for the company or a 13 week rolling cash flow, a lack of financial oversight it said was “concerning”. It added: “The severity of this situation has not been exposed until late in 2020, as the formal controls that should have been in place were absent.”

However, the report also criticised the council for its poor oversight of the firm and found its failure to create sufficient capacity in services such as planning had contributed to delays in BBB delivering promised homes.

It said: “There is evidence that some of the delays experienced on BBB development sites are being driven by longer than normal process time in the Council’s operational teams.”

The PwC report said the council now had a choice as to whether to close the firm, continue to trade it, or sell it on. It said the best financial outcome for the Council was likely to come from attempting a limited build out of its existing schemes in progress, or a build out of all of its current projects and some its future pipeline.

The cabinet agenda papers show the council is not proposing stopping funding for Brick By Brick immediately, and that it will continue to make payments in line with current loan arrangements. The papers said: “To stop BBB drawing down on those agreements could present cash flow issues with consequences that would further increase the risk to the Council.”

However, the PwC report made clear its ability to assess the impact of these options were “extremely limited” and it called on the council to do more work before coming to a decision. “All of the options result in the Council writing off substantial loan funding and accrued interest,” it said.

The report’s publication came as a surprise, after council papers filed last week suggested it had been put back until a scrutiny committee meeting in December. It follows the revelation earlier this month that the chief executive was in talks with potential buyers about a sale of the business in order to ensure its pipeline of homes was built out.

A Brick By Brick spokesperson said the firm was delivering on its mission to “deliver high-quality homes that would be accessible for local people, and to return the development proceeds to the council”, with 293 homes built across 15 sites.

“We have a pipeline of over 1,000 homes under development and nearly 700 more in planning. We will be working closely with the council, our sole shareholder, to help respond to the PwC report and inform their decisions as to future options for the company.’’

Colm Lacey, Brick By Brick chief executive, said: “Croydon Council, our sole shareholder, is in discussions with government and others about its finances following the Coronavirus crisis and their issuing of a S114 notice. We at Brick By Brick are working very closely with the council and their consultants to inform this discussion”.

“As CEO, I remain resolutely focused on leading Brick By Brick’s immensely talented team to continue to deliver our high-quality development programme and I look forward to working closely with our new Board members and the council as they develop future options for the company.’’