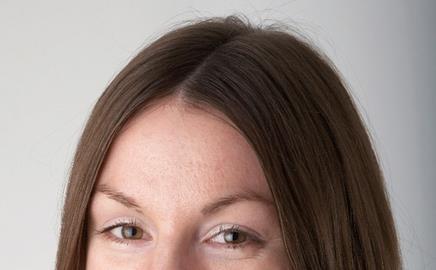 The health of the occupier remains a concern for global property markets, says Lucy Scott

On 9 August last year, the US subprime crisis went global. Of course, in this interconnected world that we live in, it was only a matter of time. The effect of this financial meltdown on the property industry was immediate – turning off debt as if at the flick of a switch. Nine months have since passed, but so far, the impact of the credit crisis on office markets has varied wildly from one country to the next.

Take the UK, which has been one of the highest-profile fallers since last summer. Almost as soon as the banks began to call time on property, values in the UK tumbled in what many would call an amazing display of efficiency. As a result, capital growth on UK offices during 2007 was -4.8%, Investment Property Databank reported, and the decline has continued into 2008.

But on the other side of the globe, in Australia, office investments showed capital growth of 14.9% for the same period. As far as property markets go, Australia is in a different league to the UK. But Spain, one of the most vulnerable countries to a global meltdown, also finished strongly in 2007, showing 5.9% capital growth in the office sector.

Does this mean that some office markets will emerge from this crisis unscathed? The pessimists say values have not fallen in these markets because there is a certain element of denial on the continent and because there haven’t been enough transactions for people to know for sure how far values have tumbled. But the optimists continue to believe the real estate fundamentals are strong and emphasise this is a financial crisis and not a property crisis.

Despite the fact that valuation techniques differ markedly across markets, the one thing that binds them together – more so today than ever before – is the occupational market. This is the most crucial aspect of the ‘fundamentals’.

Business confidence is derived from what is happening in economies around the globe. When the US sneezes, the rest of the world catches a cold. Job cuts on Wall Street are now everyone’s concern, as is the prospect of a US recession.

Job cuts on Wall Street are now everyone’s concern, as is the prospect of a US recession

Tightened credit conditions added to the mix of record oil prices, potential overheating in the Asian economies, high levels of consumer debt – especially in the US – and a downturn in the UK and US housing markets, all blend together to create a lot of uncertainty for occupiers. On top of this are the almost daily news of job losses in the financial sector – New York alone expects around 25,000 job losses this year.

Prime office rental growth is already slowing because of the diminished economic outlook, reports Jones Lang LaSalle. Only six out of the 24 cities in its European Office Rental Index reported rising rents during the first quarter. London’s City and West End, Kiev, Madrid, Moscow, Frankfurt, Stockholm and Paris are all now showing signs of a slowdown in rental growth. The same report predicts most European leasing markets will feel the effects of decreasing business confidence.

Its research on the Asia-Pacific region does not reflect a positive story either: office rents are suffering in a number of markets across the region – they are falling in Beijing and Bangkok, and growth is slowing from Brisbane to Tokyo, Singapore to Shanghai.

We are, of course, in many ways very fortunate to be experiencing this global economic turmoil at the end of one of the most amazing bull runs in the property market. During this time it was out of fashion to foresee a bear on the horizon, so many ignored the simple fact that the good times do not last forever.

But it is important to remember that, in a world without walls, close attention should be paid to the ‘fundamentals’ – and in a falling or static market, relationships with occupiers will be the most fundamental of them all.

Lucy Scott is the editor of Property Week Global Visit www.propertyweek.com/global to register for your copy