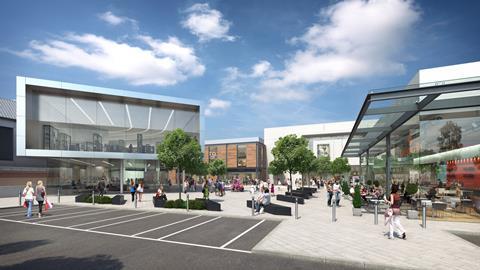 Development will increase the centre’s size by almost a third and create 1,000 construction jobs

Capital Shopping Centres (CSC) has submitted a planning application for a £180m expansion of its Lakeside centre in Thurrock.

The development will increase the size of Lakeside by almost a third, creating an additional 325,000ft2 of retail space and improving transportation links.

There will be up to 40 new stores, alongside a flagship TopShop/TopMan that opened last month, and a new Forever 21 store opening at the end of 2012.

Infrastructure improvements will comprise a new bus station linked to Chafford Hundred rail station, and provision for a link road to the north of the centre. There will also be a new landscaped external street and public square.

The works are expected to create around 2,600 roles at completion and 1,000 jobs during the construction phase.

The application follows months of public consultation that saw the planned expansion backed by 88% of those who provided views at a recent public exhibition in the centre and online.

Jonathan Ainsley, director of asset management (south) at CSC said: “Lakeside, which celebrated its 21st anniversary this year, continues to be high on retailers’ wishlists as evidenced by the recent Arcadia and Forever 21 deals, and the planned extension enables us to accommodate bigger and better stores for many more retailers too.”

The plans have been submitted to Thurrock Thames Gateway Development council as an outline application, and if planning consent is granted construction could begin on site in 2013, with the scheme fully open by 2016.