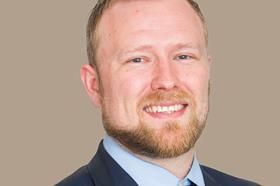 Currie & Brown has pinched senior figures from Lendlease Consulting and Mace to head up its Manchester and Cardiff offices.

The consultant has named Howard Johnson to head up its Manchester team and James Morgan to lead its Cardiff office.

Johnson has joined the firm from Lendlease Consulting where he had been a regional director since 2001.

Before joining Lendlease, he was a managing quantity surveyor at Henry Boot Construction.

Morgan (pictured) had been working on projects across England and Wales for Mace as a senior project manager for the past 16 months. Prior to this he was a project manager at both Faithful + Gould and business management consultant Provelio.

These appointments follow the firm’s recent announcment that Faithful + Gould’s former head of operations Neil Brierley had been named as regional managing director for England and Wales.

Currie & Brown, which is owned by Lebanese firm Dar, is working on a number of schemes in the UK including the job to repair the Elizabeth Tower at the Palace of Westminster being carried out by Sir Robert McAlpine.

It is due to move into a new London office in late 2020 once McLaren has completed the scheme at Holborn.