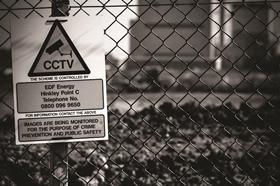 Cyber attacks pose a huge threat to nuclear power plants and other energy infrastructure, a report from the World Energy Council has warned.

The report, The Road to Resilience: Managing and Financing Cyber Risks, found the risk of attack is highest in Europe and North America, which have the largest number of ageing power plants.

It highlights that energy companies have suffered a large increase in the number of cyber attacks over the past year, and has called for firms to build greater resilience into energy infrastructure.

The report also said increasing interconnection and digitisation of the energy sector makes it a highly attractive target for cyber attacks aimed at disrupting operations.

While the report recognised that digitisation increases operational efficiency in the industry, it added that growing interconnection also raises the complexity of managing the risk of cyber attacks.

In a worst-case scenario, the report said, such attacks can lead to infrastructure shutting down, triggering economic and financial disruption or even deaths and significant environmental damage.

Christoph Frei, secretary general of the World Energy Council, said: “What makes cyber threats so dangerous is that they can go unnoticed until the real damage is clear, from stolen data over power outages to destruction of physical assets and great financial loss.

“Over the coming years we expect cyber risks to increase further and change the way we think about integrated infrastructure and supply chain management.”

The World Energy Council has called on governments and policymakers to introduce standards and regulation, as well as support information sharing to enable strong responses from companies to cyber risks.

It added that energy companies must realise that cyber attacks pose the “same kind of risk to large infrastructure as a flood or a fire”.