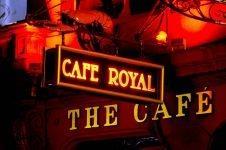 David Chipperfield Architects has been appointed to redesign the historic Café Royal on Regent Street as a five-star hotel.

The Israel-based developer Alrov Group has appointed the Stirling prize-winning architect to revamp Café Royal as the centrepiece of its Quadrant development.

In its new guise, the Café Royal will be a five-star, 160-room hotel overlooking Regent Street and Piccadilly Circus. The listed interiors of the building will be revamped, and five historic rooms converted to large VIP suites.

Chipperfield is arguably better known for his sparse modernist buildings than for hotel revamps, but the practice has trod similar ground before. It designed the Bryant Park Hotel inside the Radiator Building in New York, and made two Art Deco buildings into a private club in Miami, Florida.

The Café Royal was once the haunt of Victorian high society, where the likes of playwrights Oscar Wilde and George Bernard Shaw and artists Whistler and Beerbohm would meet to talk and drink coffee.