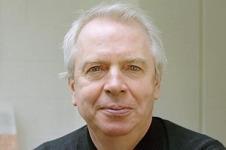 David Chipperfield has been knighted for services to architecture in the UK and Germany on the 2010 New Year Honours List.

The architect, who designed the Stirling prize-winning Museum of Modern Literature in Germany’s Marbach am Neckar, the reconstructed Neues Museum in Berlin and the River and Rowing Museum in Henley-on-Thames, was one of many construction professionals to make the list.

Others included the chairman of the Office of Rail Regulation, Christopher Bolt, who was awarded a CB, and George Ferguson, former president of the RIBA, who was given a CBE for services to architecture and the community in the South-west. Construction lawyer and partner at Pinsent Masons Martin Harman was also awarded a CBE.

An OBE was awarded to John Anderson, who has led the renewal project for the St Martin in the Fields church in London’s Trafalgar Square. Also receiving the honour was Gareth Hoskins, of Gareth Hoskins Architects, for services to architecture.

David Chipperfield, who has received a knighthood

Anne Kirkham, from the Decent Homes and housing finance division in the Department for Communities and Local Government, was also awarded an OBE.

Manus Adamson, executive chairman of the Construction Confederation and chairman of Adamson Group, received an MBE, as did Nicholas Whitehouse and Anne King, director of the Building Services Research and Information Association.