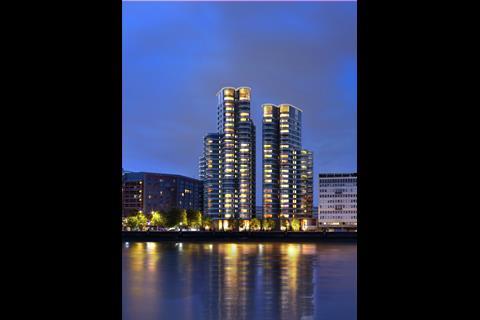 The Corniche on Albert Embankment by St James and Fosters 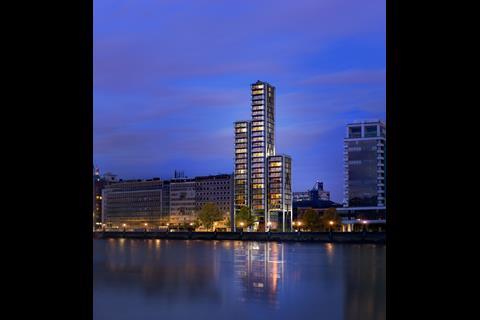 Merano on Albert Embankment by St James and RSHP 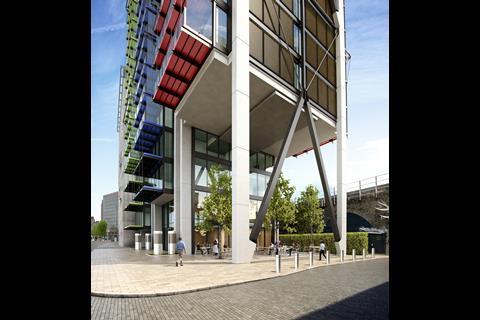 Public realm at Merano by RSHP 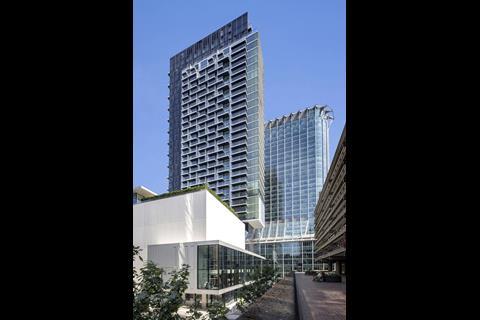 The architect of a tower that will stand on the Thames between projects by Foster & Partners and Rogers Stirk Harbour has been named as David Walker.

The architect, who designed the Heron residential tower in the City of London, was appointed by St James, the developer of all three sites.

According to Building’s sister title Building Design, his building will rise between RSHP’s Merano building and Foster’s Corniche development on the Albert Embankment at Vauxhall.

Construction began on the first two sites last week but the sale to St James of the central plot is still going through, said Sean Ellis, chairman of St James, a division of the Berkeley Group.

The Corniche, due to complete in 2017, will contain 168 flats, including 84 affordable homes for older people, and 20,000sq ft of office and commercial space.

Merano Residences, also due for completion in 2017, is built on a much tighter site and will contain 40 flats in three linked blocks rising to 28 storeys.

The 0.5ha brownfield site sits between the river and a railway line and rooms overlooking the railway will have winter gardens as an acoustic and aesthetic buffer, said Graham Stirk, RSHP partner.

He said coloured bays lent the building a festival spirit that fitted with its location.

“You couldn’t have designed this anywhere else: it’s completely applied to the site and hopefully it’s born of where it began,” he added.

Grant Brooker, a director at Fosters, which also worked on a previous scheme for an earlier owner, said: “We hope we will leave you with something that’s strong enough and deserves the trust that’s been put in us.”

As part of its arrangement with Lambeth council, St James has provided funding for new facilities at Vauxhall City Farm as well as additional social housing for Lambeth residents, developed in conjunction with Vauxhall practice Base Associates.