Davis Langdon off-shoot to turn over £1m in first year 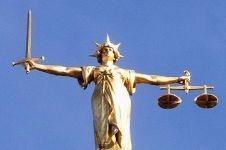 A delay and quantum analysis firm founded by former Davis Langdon directors in October is on course to turn over up to £1m in its first full year of trading.

TQEF was one of two firms founded at the time Aecom closed DL’s legal support division. The other – Tempus Delay Analysis – was founded by former DL director Ian Robinson and five of his team.

The co-founders said they “didn’t want to grow too quickly and lose quality”. They said there was a “flight to quality” in the delay / quantum analysis market and “clients are coming to us because we offer a personal service”.

The co-founders said conflict of interest checks at Aecom had frequently prevented them from getting involved in jobs because of £5bn-turnover Aecom’s vast array of commercial interests, which led ultimately to the need for a mutually-agreed departure, but conflict checks “now take two or three seconds”.