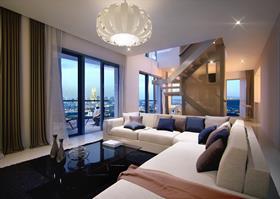 Areas outside of central London including Acton to the west and Greenwich to the east are set to emerge as the new high-end residential markets as the traditional west London markets have now “overheated”, according to luxury residential developer Amazon Properties.

But Chris Lanitis, director of Amazon Properties, told Building the developer is targeting future development opportunities in Zone Two as the boom in the central London high-end market, particularly in Westminster and Kensington and Chelsea, has “got out of hand”.

Lanitis said: “It would be good if [prices and values] would plateau in central London. That would be the most encouraging outcome as it can’t go on forever. There needs to be sustainability.”

Last month developer Grosvenor said it was reducing its exposure to the London high-end residential market due to concerns it had overheated.

Amazon Properties does its architecture in-house, but contracts out contracting, engineering and surveying services.