Two major developer groups have come out sharply against the government’s plans to allow most town centre buildings to convert to housing without planning permission.

The British Property Federation (BPF) and business lobby group London First have said in separate responses to a government consultation on the plans, which closed late last week, that they risk causing significant harm to high streets and town centres. 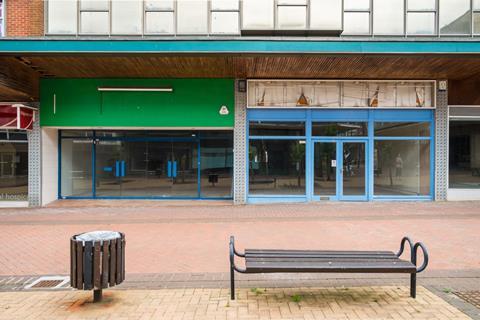 The government’s plan, launched just before Christmas, proposed allowing any premise in the new Class E use class – which includes everything from offices, shops, restaurants, professional services premises, light industrial units and GP surgeries to nurseries – a permitted development right to convert to housing.

The idea was that the new right would replace existing office to resi, retail to resi and light industrial to resi permitted development rights, which have been in place since 2015.

But the new proposal includes a much bigger range of properties such as restaurants and surgeries for the first time and lifts strict size limits previously in place regarding the conversion of shops.

The BPF said it was opposing the plan, saying it would have significant adverse consequences and “exacerbate the decline of our high streets, far outweighing any positive contribution to new housing supply”.

Its director of real estate policy Ian Fletcher said the approach “will do more harm than good” and added: “This new PDR will take control away from local authorities at a time when our high street’s future depends more than ever on strong local leadership and vision.”

The government’s plan follows a major deregulation of high street planning rules last summer, with the creation of the new “Class E” use class. This combined the vast majority of existing high street uses in to one single class, meaning that shops, restaurants, offices and industrial buildings, for example, are all able to convert into other Class E uses without restriction.

Only a small number of uses which are felt to be particularly valuable – such as pubs – or particularly bad neighbours – such as hot food takeaways – were excluded from the new use class. The government’s subsequent proposal was to then allow any Class E building to convert to housing.

London First, which includes many developers among its members, said the new proposal “risks significantly harming the sustainable futures of our high streets and town centres” by allowing uncontrolled and piecemeal conversions.

Its response to the government’s consultation pointed out that because, in most areas, residential land values will be higher than most commercial land values the plan, far from tackling the scourge of vacant property, would see “viable businesses […] ousted in favour of a residential conversion”.

It added: “Allowing the market to pepper-pot housing on an ad hoc basis in high streets and town centres that are already struggling will break up active frontages and further dilute their vibrancy and commercial success.”

The government said its proposals, launched in December last year, were designed to tackle the problem of surplus commercial floorspace, and would “diversify and support” the high street, and “help support economic recovery, housing delivery and the regeneration of our high streets and town centres”.

The Royal Town Planning Institute said last week the plan was “unacceptable” and would put local essential services at risk and “tear at the fabric of local character”.

The RTPI also said that despite the government’s planned introduction of space standards for homes produced under permitted development, there was still a danger that poor quality PD-produced homes “become the social disasters of the 2030s”.