The Department for Education has fired the starting gun in the race for its eagerly anticipated £7bn construction framework across England.

The four-year deal will replace its £8bn schools framework, which has been running since 2017, and is made up of 22 lots, divided by value and geographic area. 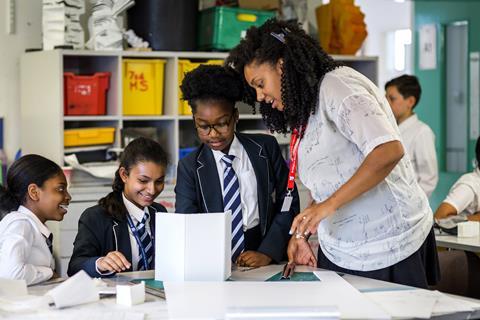 The deal will run for four years

The work is set to prompt a huge amount of interest as it is seen as key to helping the country build its way out of the covid-19 pandemic.

A contract notice said: "This [framework] will include the delivery programme and buildings for schools, academies, university technical colleges, sixth form colleges, further education colleges and other educational facilities.

"The construction framework may also be used by the other contracting authorities referred to in terms of wider publicly funded buildings in England which may include health, law and order, military, civic and other community facilities."

Bidders are allowed to apply for any lot at selection stage and may be invited to tender for any lot – but may not be appointed to "overlapping lots", which will be defined during the procurement process.

High-value projects are split across two lots covering the north and south of England, with documents saying firms can bid for and be appointed to both lots.

The northern lot has a maximum value of £1.25bn, while the southern region is worth £2.25bn.

Similarly, firms can be appointed to all of the medium-value and low-value lots respectively but the lots they are awarded will impact what lots they can win at other value levels.

Between four and eight firms are expected to be appointed to each lot.

Firms have until 5 February to register their interest.