Activists and unions claim renewables sector is a better bet 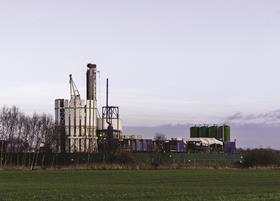 The number of jobs that proponents of shale-gas extraction say the industry will create in the North West are twice as high as practical evidence from the US indicates, according to a new report.

Environmental group Friends of the Earth said research showed that job booms sparked by the process, also known as ‘fracking’, tended to be short-lived and that investing in the renewables sector and energy efficiency provided more employment.

It said a claim from energy firm Cuadrilla that shale gas production would create 1,700 jobs in Lancashire represented a peak level that would fall to 200 after three years.

The group added figures in an Institute of Directors report funded by Cuadrilla, which said each shale-gas well pad would create 1,104 jobs, was not borne out by experience in the United States.

“[The figure] is based on peak production of approximately 21 ft3 of gas per year,” it said.

“But a peer-reviewed analysis of job creation from shale gas production in the US found that 18.5 jobs were created per billion cubic feet of gas production. Based on this, each well pad would create around 400 jobs at peak.

“Such overstatement reflects the US experience where actual job creation from the Marcellus Shale, one of the largest US shale fields, has been less than one-seventh of that claimed in one industry-funded study.”

Chris Baugh, assistant general secretary of the Public and Commercial Services Union, which co-sponsored the creation of the Making A Better Job Of It report with other unions, said the research showed that arguments in favour of fracking “did not stack up”.

“We were told fracking would be a game changer driving down our energy bills. Now we’re told the dash for gas is about energy security and jobs,” he said.

“Development of the region’s abundant renewable energy sources and energy efficiency programmes will create better and greater employment opportunities than this literal race to the bottom for shale.”