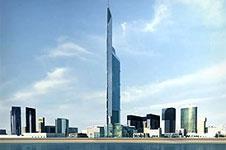 State-owned developers in Dubai are having to step in and finish projects on which private firms have been hit by the deteriorating market, it has emerged.

Speaking at Mipim Horizons, Iseeb Rehman, managing director of UAE property consultants Sherwoods, said: "The master developer will step in and complete a scheme if the private developers in Tier 1 can't do it." Rehman said that the rescue strategy had been carried out on a marina development his firm was working on earlier this month, although he did not name the companies involved. He said: "I can confirm that we sold every unit two weeks ago after the development was finished by the master developer, but it was at the same prices as 2006."

The strategy has emerged as the scale of the impact of the credit crunch on Dubai continues to grow. Earlier this week, developer Nakheel confirmed that it was putting several schemes, including its Trump Tower, on hold.

Rehman said: "The projects which are ongoing will go ahead, but the main developers have said they won't release any new projects."