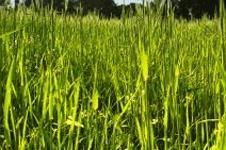 A geo-thermal energy system is to be pioneered as part of an eco-village project in the north-east of England.

In 2004 a granite rock “hotspot” was located under the site in county Durham, and the plan is to tap into it to generate renewable energy for homes and businesses in the planned Eastgate eco-village in Weardale.

Newcastle University is developing plans to create a huge central heating system deep below the village, with scientists and engineers wanting to drill a twin borehole system to continually cycle groundwater through rocks as deep as a kilometre underground.

Energy will be generated by passing the hot water through a heat exchange device. It is hoped that the prototype will be used as a model to tap other UK hot spots.

Project leader Professor Paul Younger said using a twin set of boreholes solved problems which had hindered other attempts to use deep-seated hot water, which is heated by naturally-occurring low-level radiation found in all rocks.

He said: “By re-injecting water using a second borehole we are able to maintain the natural water pressures in the rocks and allow pumping to continue for many decades to come.”

Some of the water will also be used for a natural hot water spa, thought to be the first in the UK since the Romans tapped the hot springs at Bath.