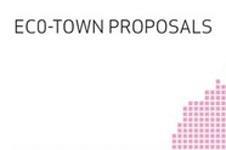 Members of the BARD group had succeeded in getting a judicial review of the government eco-towns progamme, but Justice Walker today ruled the government's consultation was lawful.

The BARD group is made up of members of the public opposed to the proposed Middle Quinton eco-town near Stratford-upon-Avon, and lists Jilly Cooper and John Nettles amongst its supporters.

The eco-towns programme, launched by prime minister Gordon Brown in 2007, has already suffered a number of setbacks since its inception. Alongside growing public protests, a number of the 15 shortlisted schemes have been forced to withdraw either because of local opposition or the deteriorating economic environment. It is now thought there is likely to be as few as two or three eco towns, rather than the 10 originally aimed for.

David Bliss, chairman of the BARD Campaign, said the ruling was “by no means the end of the road” for its challenge to the Middle Quinton proposal. He said: “Despite today's ruling we hope the government will properly listen to and act on the views of local people and their democratically-elected representatives before progressing with the programme.”

Development charity the Town and Country Planning Association said it was delighted at the decision, which would now allow the eco-town programme to go ahead. Gideon Amos, chief executive of leading planning and environmental charity the TCPA[2], said: "We must not be diverted from the urgency of reducing emissions, adapting to a new climate and creating inclusive communities in which people and families can thrive and enjoy life. We are determined that those without a home and too often without a say should be heard as well as the objectors who often shout loudest and longest.”