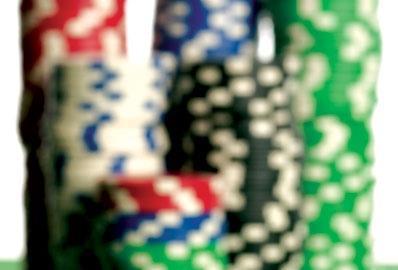 So the 15 eco-town bidders have to bet on making the final 10. Victory will mean a glorious profit; defeat a bitter, bitter loss. Emily Wright looks at what will separate winners and losers

The 15 shortlisted locations for the UK’s eco-towns were announced by the communities department last week, but the winning bidders will have had just enough time to grab a mouthful of champagne before they have to turn their attention to securing a place in the 10 that will be built. This is where the real work starts – and it will not be cheap.

The exact cost will depend on how much work each has to do to meet the government’s targets – and some have a lot more than others. However, the average bid cost will be about £500,000, according to Jeremy Edge, head of planning at Knight Frank. This will pay for all the lawyers, architects and QSs whose advice will be sought, as well as engineering issues such as improving transport links and achieving sustainability target. Then there is the social dimension: how many jobs will the development create? And what are the plans for dealing with protesters? All that work will have to be done by 30 June.

Then, on top of that, there are the costs of applying for planning permission at the end of this year. It is likely that only the 10 that make the cut will do this, but the average cost for each is expected to hit £1m, bringing the total cost to a hefty £1.5m.

The communities department’s eco-towns consultation paper, published last Thursday, set out a list of the challenges and constraints that the bidders face. They fall into four categories: environment, transport, employment, and conservation and historic constraints. These could be anything from upgrading public transport to creating jobs.

Gareth Capner, a former planning consultant for Barton Wilmore, which is working on four of the shortlisted bids, says: “The next stage will be very expensive because bidders must go back and refine their proposals by consulting with stakeholder groups and local residents to get them on side.

“Then they’re going to have to either meet, or show they’re on track to meet, the recommendations and targets laid out by the government. There will need to be lots of research, lots of discussion and it will take lots of man hours – all of which will add up to many thousands of pounds.”

He adds that immediate investment is imperative: “It’s the only way. Bidders will have to address all the issues raised. There is a 66% chance of getting into the final 10, and given the returns that will follow from being identified as an eco-town I’d be very surprised if people don’t put their best foot forward over this consultation period.”

But a good bet is still a gamble. One of the groups bidding to build an eco-town with 5,000 houses has estimated that its site will deliver a profit of £150m. Another shortlisted bidder, who wished to remain anonymous, says: “If we are successful the payout will be huge. We’ll be very wealthy indeed. The goal is to make a profit out of a huge development. That’s what we’re all here for.”

And a communities department spokesperson adds: “Each of those in the running knows they are at risk. Some of them will not reap the benefits. But for those that do it’s a big profit, and for most of them it’s worth it.”

If we are successful the payout will be huge. We’ll be very wealthy indeed. The goal is to make a profit out of a huge development.

At least one bidder has protected itself against the worst-case scenario. This group, which also wished to remain unnamed, has paid a consultancy firm £500,000 to carry out all the research and honing of the bid. The catch is that the consultant only gets paid if its bid makes the top 10. “The cash is a real incentive for it. But we pay nothing if we don’t end up one of the final choices despite the work that has gone into it by the consultancy and that’s an even bigger incentive. We’re pretty confident we’ll make it through.”

Whether or not they are working on a no-win, no-fee basis, each of those still in the running knows they are in for a hard slog in the months ahead. David Gosling is development planner for Banks Developments, which is involved in the proposal for Rushcliffe, Nottinghamshire. He says: “The cost of the initial bid was not that much but now, over the next six months, it will be a different story. We’re looking at hundreds of thousands and a huge amount of work. But it’s either that or lose the chance for a place on the list of 10. It’s a calculated risk.”

Bidders must also take on board warnings from industry bodies. The Royal Town Planning Institute has warned that the towns will need to be properly linked to others to avoid creating “soulless Stepford Wives suburbia”, and Robert Napier, the chairman of English Partnerships, says there needs to be a focus on how these towns are to be delivered. “Identifying 15 potential sites is no more than the beginning. Selection of the final sites must be based on the practicalities of delivery, rigorous excellence in design and planning and must involve local communities at every stage,” he says.

Winning over the people

And it is this consultation with the locals that is one of the key areas to focus on now. For one thing, the quality of consultation will be a criterion in choosing the winning bid. And once the bid is won, local support will be crucial in the ideological struggle that is certain to arise during and after the planning process.

Even so, some opposition to some schemes is inevitable, and most developers have had to come up with contingency plans to deal with protesters. The cost of this remains unclear. But it will certainly eat into budgets as meetings, focus groups and consultations with community groups will need to be set up.

Gosling says it will be a large part of Banks Developments’ push towards a place in the final 10: “We’re going to have lots of meetings to set up with the Highways Agency, the Environment Agency and local communities; we need to get out and talk to people who might oppose an eco-town in the area. We’re aware it will be an expensive process. But it’s a necessary one.”

Necessary indeed – the Campaign to Protect Rural England (CPRE) is just one of many groups concerned by the eco-towns and hopes to sway the government’s decision when it comes to the final 10. Fiona Howie, CPRE’s senior regional policy director, says: “We plan to be as involved as possible and influence decisions as much as we can. We believe that some sites are more suited to this sort of development than others and we hope our views will be taken into consideration during this consultation period.”

Lobby groups and (ironically) environmental protesters could also have a part to play in the construction process after the winning bidders are chosen. “Our regional branches do have plans for protest,” says Howie. “Some are already involved on sites like Weston Otmoor, Pennbury and Middle Quinton. But we expect there to be calls for more demonstrations on sites when the final 10 are announced and we will be involved.”

Yet another challenge for bidders in the fight to secure a winning eco-town location. And if they don’t make it, it’s going to be an expensive one to lose.