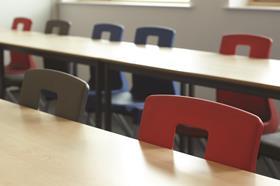 The government’s £2.4bn Priority Schools Building Programme could be accelerated from its current schedule if early schemes progress well, officials have revealed.

Mike Green, director of capital at the Education Funding Agency, said the delivery body will review the programme once procurement is under way on the first privately financed schemes to see if the initiative - currently due to run until 2015 - could be sped up. “We will revisit the situation in six months to a year to see if we could accelerate,” he said.

Mike Coleman, the EFA’s director for programme delivery, said: “We are confident with the time period, and obviously we are under pressure from ministers to accelerate. We feel we could do that.”

The EFA is to release the first group of schools in the £1.75bn privately-financed element of its Priority Schools Building Programme (PSBP) this spring, nearly a year later than originally expected, as Building first revealed last August. The delay is largely a result of the government’s work to reform PFI.

Green and Coleman were speaking at a conference in London last week. At the event, Coleman said he would try to set out the timetable for at least the first three privately financed batches when the first group is procured.

Coleman said batches would be grouped geographically, as directly funded schools are, and would usually contain a combination of primary and secondary schools. Coleman said where a batch was made up of predominately primary schools, which are of lower value to contractors than secondary, the EFA would “try to scale it to make it more commercially attractive.”

Speaking at the same event, Steve Beechey, the education director of Wates, which has been shortlisted for the “Midlands 1” batch of directly funded schools, said that he felt the procurement process for the batch had been “very quick and smooth” so far.